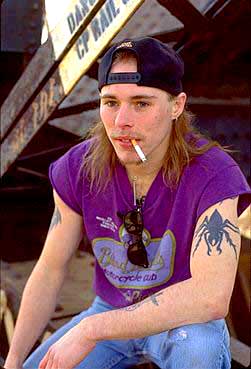 Richmond, VA (Reuters) - The tobacco giant Philip Morris circulated an internal memo yesterday that smoke breaks were no longer allowed on company time. The move shocked and dismayed the thousands of workers employed by the corporation.

"The cigarette breaks were taking too long," states Barry Lehderman, company spokesman, "They started out as 5-minute breaks, but seemed to have ballooned into 15-30 minute breaks. We just can't afford it, it's like the smokers feel it's their right and civic duty to smoke. I mean, would the corporation mind if I took a few 20-minute sex breaks during the day? And besides, people will smell so much better now."

"We believe this move will add a 30% work increase company-wide, some of our employees were taking those quarter-hour smoke breaks 4-5 times a day," says Judy Black, an accountant for the company. "We're even thinking of installing Red Bull vending machines so that people can get their fix another way, and maybe even step up production."

Berlin, Germany (Reuters) - Due to a major drought in Germany, the river of Spree has begun flowing upstream. Scientists and fish alike have been baffled as the body of water seems to turn its nose at conventional physics.