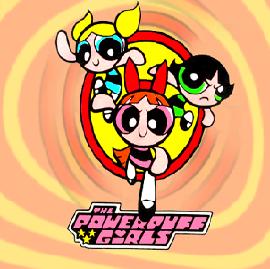 PACKED Not Down With The PPG

New York, NY (Associated Press) The powerful and ubiquitous consumer watchdog group People For Accurate Cartoons For Kids Every Day (PACKED) released its study of the Cartoon Network favorite "PowerPuff Girls." The results are not supportive of the program's content in any way.

PACKED president Jeb Wry stated that the offering is wholly unrealistic in its depiction of childhood, education, law enforcement, crime, and cause and effect. "The likelihood of three pre-teen girls who are able to travel through the air with no known propulsion system or fuel of any sort on their persons is absolutely null," he said. "It contributes to irresponsible thinking and unrealistic expectations of puberty and adulthood."

Wry further stated, "When the entire city of Townsville is destroyed, buildings and all, and left as a pile of rubble during a PowerPuff girls' battle with a nemesis on nearly every episode, it creates a standard of rebuilding and insurmountable spirit that can never be matched." Wry tied his group's observations to the real world again, "This flies in the face of the reality that we are handed in the loss of the World Trade Center towers and all of the lives that went with them."

A smaller and less thorny issue, but nonetheless upsetting to PACKED, is the fact that the Mayor's hat floats three to four inches away from his head to one side, never touching his head in any episode surveyed. "A levitating hat is not an image or influence I would want my child to absorb," Wry added.

Cartoon Network executives declined comment on the content of the cartoon, but did mention that ratings have continued to climb since its release and that they "have not heard of any incidents of consequence relating to the actions depicted on the PowerPuff Girls." The network is not considering an evaluation of the production or any changes to its current direction.