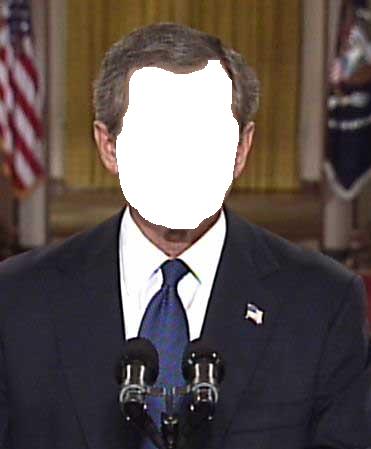 Could Be Anyone, Really...

Greensboro, NC (AP) In an astonishing turn of events Tuesday morning, a news-based website published an article that, in the eyes of its editors, "Is totally unrelated to war," a spokesman said.

"It can be exhausting," the spokesman, who preferred to remain anonymous, said Tuesday. "This 'thing' has not even begun yet, but we are inundated with timelines, ultimatums, threats, and promises from you know who," he said, refusing to make any solid references or connections to the players in this ongoing news event.

"As an editor, it is my responsibility to provide timely updates about newsworthy items to our readers but we feel that enough, perhaps too much, is being written and said about you know who and you know where," he said, again avoiding any mention of the Monday night speech on national television regarding the Wednesday night deadline for something to happen or else something else really bad will happen.

The spokesman also feels that it does not matter what one's opinion of the pending event is and that all must feel some measure of indifference or fatigue at the mere mention of it. "That's why we are taking the stand on this article and not including any details of this already well-worn suit," he said.

Concord, NC (AP) - F. Lawrence Caslin knew he had a good idea from the start, but there was no way he could have known it would be this good.