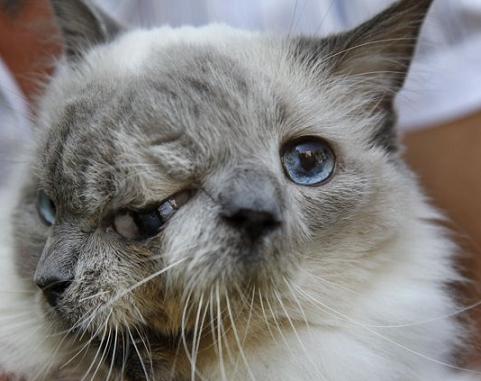 A cat with two faces, named Frank and Louie, one name for each face, is held by the cats owner, who identified herself only as Marty One Face, at their home in Worcester, MA. The animal is known as a Janus cat, named for the figure in Roman mythology with two faces on one head. The owner said the cat "always eats tuna AND chicken, but struggles with licking more than one paw at the same time." (AP Photo/Steven Senne)