Mauer To World: 'I'm a Catcher' 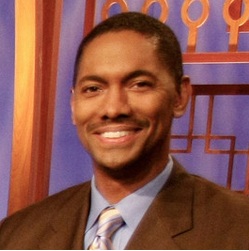 Branch and the Mouth that Roared

Bristol, CT (Associated Press) ESPN has announced the firing of college basketball analyst Adrian Branch immediately following his coverage of the Southeast Missouri State-Murray State contest Thursday night. The firing was based on a comment made by the five-year veteran during the game which aired on the network's ESPNU channel.

“We are simply unable and unwilling to support any personality empowered to describe and deliver information on behalf of ESPN if that person cannot demonstrate a reasonable command of the English language,” stated Norby Williamson, Executive Vice President of the sports network.

The comment followed a mishandling of the ball by Murray State's Isaiah Canaan during which he passed the ball to an open area of the court and then nearly picked it up again, which would have been a traveling violation. Branch, who attended the University of Maryland but did not graduate, said, “That's a bit of Meadowlark Lemon there, throwing it back to yourself and catching it back to yourself (sic).”

“While we can appreciate the reference to the comical exploits and greatness of Mr. Lemon and the Harlem Globetrotters, the desecration of the English language here is inexcusable,” Williamson said. “Specifically, a player could throw it to himself as a first time occurrence, but throwing it 'back to yourself' implies he did it twice, and the phrase 'catching it back to yourself' has probably never before been uttered in the history of the spoken words of all mankind,” Williamson concluded. Williamson was also concerned as to why and how Branch would substitute the word “yourself” for the word “himself” when viewers clearly were not the player on the court.

The network has offered to send Branch back to school, however, to begin coursework on remedial language skills, but it was reported that Branch declined the offer. “I don't know what 'remedial' means, but it sounds pretty hard right now and I don't wanna (sic) do that right now,” Branch said through an interpreter.

“We wish Mr. Branch well in his future endeavors,” Williamson said. It is unclear how the decision might effect Branch's career with The Freeman Institute, where he is a member of The Speakers Bureau and has reportedly spoken to over a half million youth in school assemblies, colleges, correctional facilities, juvenile homes, youth groups and many professional and collegiate athletic teams. Grammarians can only hope most weren't listening.

LONDON (Reuters) - Bee Gees singer Robin Gibb has woken from a coma more than a week after he lost consciousness and has attempted to communicate with family members, the BBC reported on Saturday.