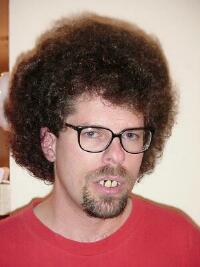 Greensboro, NC (AP) - A class action suit has been filed in the Fifth District Court of North Carolina on behalf of victims who may have lost valuable time due to reading the directions that are commonly found on shampoo bottles.

Attorney J. Leonard Gustafson filed the suit on behalf of his client, Cecil Craddock, following Craddock’s dismissal from his job after being tardy an excessive number of times. Craddock was dismissed September 2 for failure to report to work as scheduled.

“What we have here is a man who was only following the directions of a major corporation regarding the safe use of their product,” stated Gustafson Wednesday during a press conference on the steps of the Guilford County Courthouse in Greensboro, NC. “The instructions, ‘Wet hair, apply shampoo, lather, rinse, repeat,’ are all too ambiguous and leave open the possibility, and reality, that this poor man repeated the execution of the instructions over and over again until, typically, he ran out of hot water,” Gustafson added.

“It is very likely, then, that others have suffered the same fate or other setbacks of equal or greater magnitude by simply doing what they were told to do,” Gustafson added. “We urge these victims, these citizens, to step forward proudly for their due diligence so that they may recover a piece of their lives.”

Craddock purchased the shampoo, Wild Raspberry by Suave, two weeks ago and read the instructions each morning in the shower since then. He had been late six out of the last seven days he was scheduled to be at work at 8:30am, resulting in his dismissal by Turd Alturnatives, a company that specializes in the removal and recovery of animal feces from private property and then captures its methane gas output in specialized chambers for resale.

Craddock earned nearly $16,000 a year as a Field Recovery Technician for Turd Alturnatives, where he had been employed since April of 1999.

Suave Corporation, of Chicago, declined comment at this time on the nature of the instructions listed on all of their shampoo products.