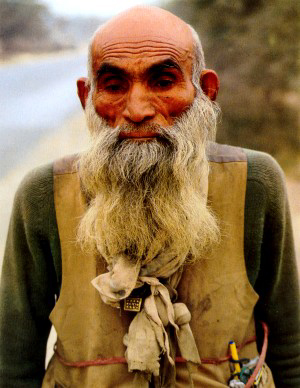 Haysville, KS (AP) - Bill 'Addie' Burleson announced his retirement from the profession of Little League Baseball announcing today after 71 years. Burleson, 82, got his start at the young age of eleven years when he would call out games to everyone in the stands in his hometown of Haysville, Kansas

"Addie always was a character and had a loud voice," stated longtime friend Gene Grierson, "He always loved to yell the play-by-play. Although, he did get quieted by the umpire a few times due to his commentary during the games." Grierson, 74, chuckled and continued, "I remember this one time when this kid slid into home and the ump called him out. Addie let him have it calling him 'blind' and 'stupid' .. hehe .. yeah, he really let him have it. I mean, the kid was safe by a mile."

There are several theories as to where Burleson got his nickname, "Addie", and everyone seems to have a different one. "I heard it was cause he could count good and keep ever'thing in his head," said Kim Lexington, his first real girlfriend. One of his former little league teammates, Clifton Savoy, countered, "No, I always heard the coach saying 'Attaboy Burleson, Attaboy!!' and I'm sure that's where it came from."

Not everyone has fond memories of "Addie" on the field, particularly the umpires. Odell Cavenaugh, of the Haysville Retirement Villa, had a few choice words to say about Burleson, "I was calling this game once and this kid slid into home, he was out and I called him out. This was just after we got our first announcing machine at the community fields and "Addie" was on the microphone calling me 'blind' and 'stupid' and getting the crowd all upset. He almost started a riot that day but I swear on my grandmother's grave, that kid was out by a mile!"

Nevertheless, Burleson's time-tested voice and style will surely be missed on the little league fields in the town of Haysville. There will never be another "Addie".