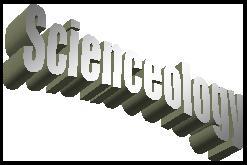 Cambridge, MA (Associated Press) Harvard researchers have concluded an eight-year study of thousands of subjects claiming to suffer from depression and determined it is "just a state of mind," according to Dr. Lingol Arcuitis.

What was once thought to be a treatable, medical compromise of normal brain functioning is nothing of the sort, according to Arcuitis. "We can talk about synaptic and chemical deficiencies for many more years to come, or we can simply tell those who choose melancholia to get over it," he said.

The study looked at sufferers from all regions of the United States and from all age groups. Arcuitis and his assistants noticed many common threads, but the most significant was the fact that all participants had, at one time or another, been happy. "We would ask them when they had been happy, why they had been happy, what made them happy, and then ask them to revisit as many of those circumstances as possible as often as they could," Arcuitis said. Similarly, Arcuitis said, participants were told to avoid the things that made them sad. "The results were amazing."

It all points to the phenomenon that people can choose their reaction to any stimulus, the study says, and therein lies the ability to beat depression. "If you lost a limb in an accident, for example, you could choose to look at the place where it once was or you could watch Laverne and Shirley," Arcuitis pointed out.

The full results of the study will appear in next month's edition of Journal of Psychiatric Study.