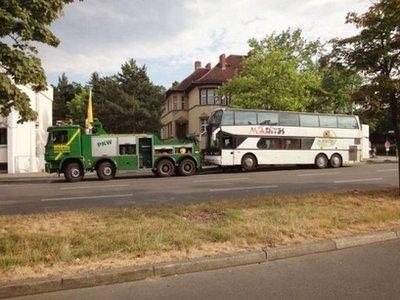 This photo, made available by the police, shows a bus from Latvia which was towed off after been seized by the police in Berlin. The bus was declared not roadworthy due to its condition, and was reported to have 1.8 million miles on the odometer. The Cuban government, however, is interested in having the vehicle shipped to the island nation for use in public transportation following its conversion to propane, kerosene, and gasoline platforms by shade tree mechanics. (REUTERS)