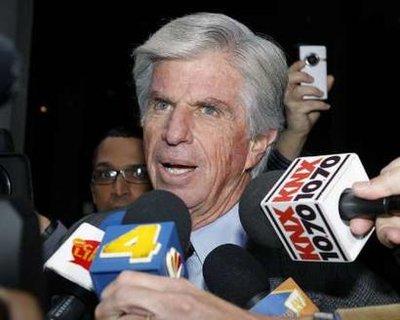 Dr. Conrad Murray's defense attorney, John Michael Flanagan, speaks to reporters as he leaves the Criminal Courts building in Los Angeles, California January 11, 2011 after a judge ordered Michael Jackson's doctor, Murray, to stand trial on a charge of involuntary manslaughter in the pop star's death. Flanagan has already employed the phrase, "If the drugs don't fit, you must acquit," to the chagrin of Johnny Cochran. (Associated Press)