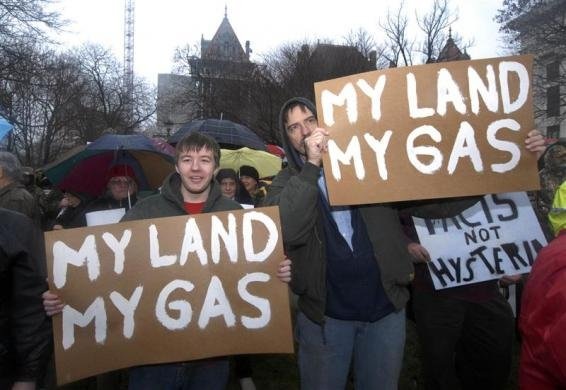 Alex Knapp (L) and his father Albert Knapp of Berkshire, hold placards as they protest in favor of one of the simplest of personal freedoms in Albany, New York. The state, which has been under fire for its air quality and industrial emissions in the last few years, is moving toward a ban on the release of "personal gases" which contain small amounts of methane. "If I couldn't, I would explode in just a few hours," the younger Knapp stated.